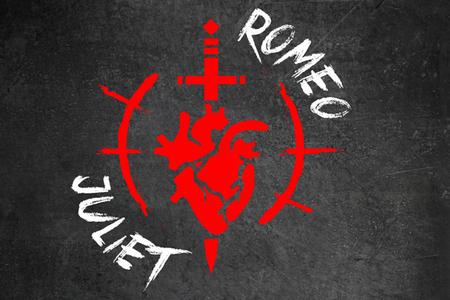 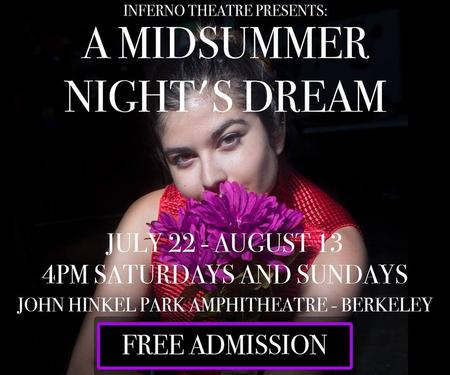 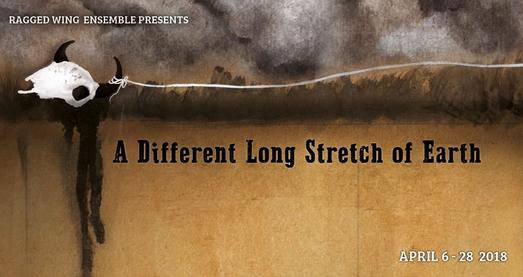 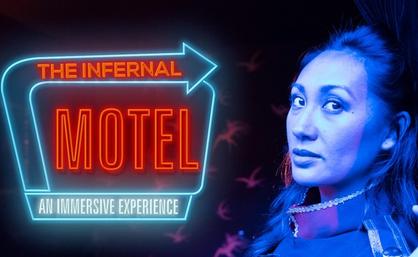 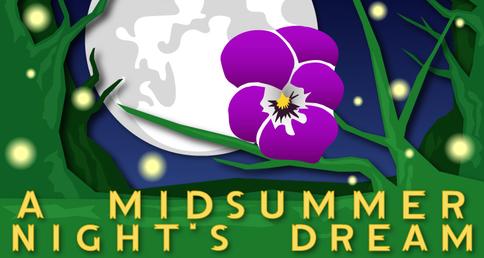 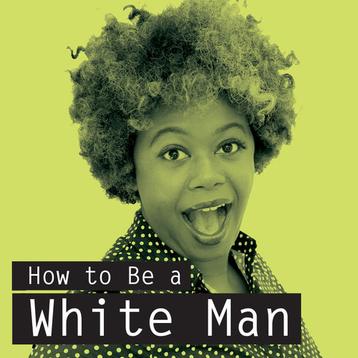 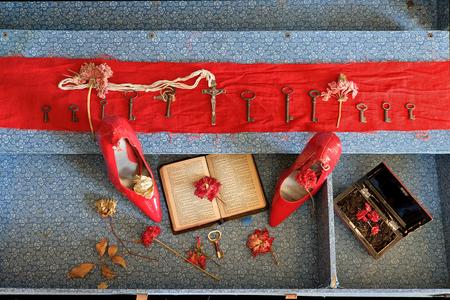 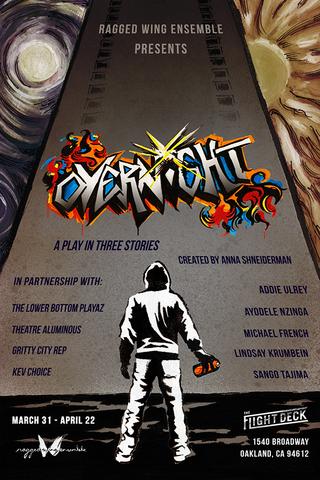 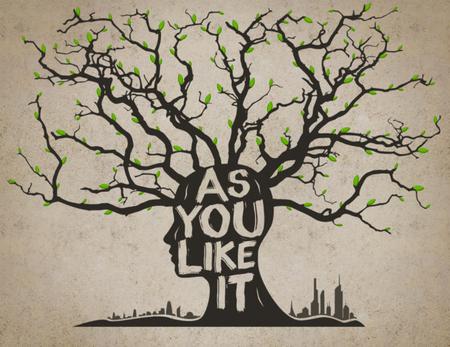 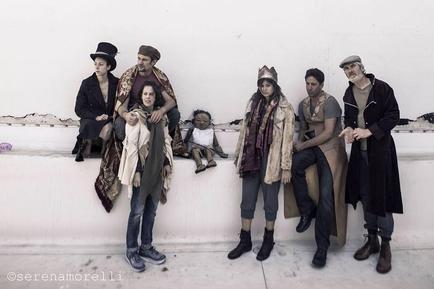 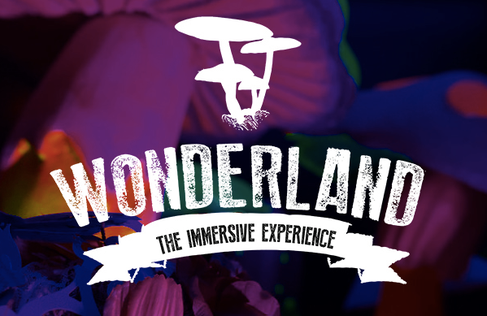 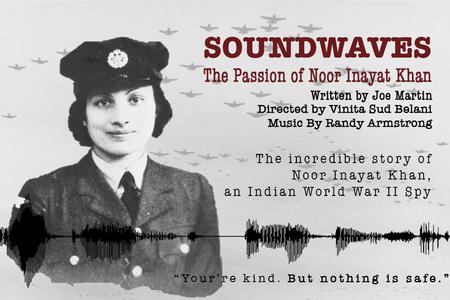 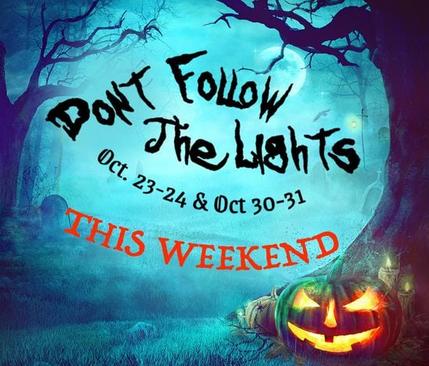 Every Time I Feel the Spirit

shift to online worship due to COVID-19. As seasons change

outside and the flat timeline of quarantine continues, the

church fights to maintain a practice that rotates around

fellowship and community across generations and cultures

when they can’t hug, cook, or sing together.

Featuring a mix of pre-recorded and live actors,

gamified elements with riddles and puzzles,

Just after Rosalind and Orlando meet and fall for

each other, they’re both exiled from the autocratic

Court to the Forest of Arden– with Rosalind in

disguise as the boy Ganymede. Despite the challenges

of life in the woods, they find new friends and allies

and fall in love all over again. Our new musical

The City swallowed the world.
It ate the day and the night.
It ate the tides and the seasons.
Now there are only seconds
and nanoseconds and a constant
insatiable GO. Speed is power,
status is vertical, and time is literally up.

“Find your inner Fairy.” We hope this production
will excite your imagination and bring you joy,
whatever your age, whether you are a lover,
a madman, a poet, or all three at once.

Either way, his myth rides on. And in this rural Montana town,

everyone must reckon with his long, stooped shadow.

But Brucie has other plans. The resident 13-year-old with

an appetite for apocalypse is throwing a birthday party.

The theme: DOOMSDAY. Be there…or else.

Slide down the mantle through a rabbit hole

into a world of mystery and delight.
Coming this February 24th for a limited

play at a secret location in San Francisco at

This show will sell out -- and sell out quickly --

so to get early access to tickets, join the

This sold out show has been a raging success.  You can

still be notified when tickets open up by signing up for

The Gluttony Suite, The Envy Suite, and The Greed Suite. You will

enter and exit the experience with all six guests, separating and

reuniting along the way.

Gluttony, Greed, and Lust all feature some crawling through tunnels. In addition, the use of blindfolds with actor-guided walking may occur. Envy is recommended for guests with limited mobility or claustrophobia and does not include crawling or blindfolds. None of the four tracks would be considered frightening; instead, the mood is eerie and full of discovery.

I am so thrilled to be portraying Tybalt, the King of Cats,

as well as Lady Capulet in San Francisco Shakespeare Festival's

production of Romeo and Juliet.  In addition to the dozens

of private performances, we have shows open to the public!

Who DOESN'T love Shakespeare in the Park?

Gather some food, drink, a person you enjoy,

and see the beauty of live theater at the stunning

Join us on this playful exploration of love, magic,

I am thrilled to be playing Puck in this adventurous

production of Shakespeare's iconic classic!  This

production, adapted, directed and designed by

With lessons such as “The key to a great non-apology”

How to Be a White Man follows Luna Malbroux’s

I will be playing Bonnie, Luna Malbroux's partner in crime

(and in other things).  An intelligent comedy that you

This cross cultural, interdisciplinary festival is a natural

outgrowth of Inferno’s mission to link cultures and

Once again, we are pleased to present artists

I will be performing in a preview of Inferno's fall show,

Quantum Couplings, where I portray a flamboyant modern

woman named Beatrix.  The weekend will be full of new works

​by talented artists of different backgrounds.

SoundWaves is the incredible true story of Noor Inayat Khan, Muslim
Indian living in Paris who became the first female radio operator
during the Second World War. Trained by Britain as an Allied Special
Operations Executive and sent into occupied France, she worked
behind enemy lines but was betrayed by a friend, tortured and shot
in Dachau on September 13th, 1944.  Britain posthumously awarded
her the George Cross, and unveiled a bronze bust of Noor in London,
the first memorial in Britain to either a Muslim or an Asian woman.
She was commemorated on a stamp issued by the Royal Mail. France
awarded her the Croix de Guerre.

I have the honor of portraying Noor Inayat Khan in this production.  I hope that you are able to attend this event of beautiful storytelling, painful honesty, and uncomfortable history.  Now more than ever, this story feels very important to be seen and heard.

Organized into three acts, one each by Ragged Wing, Theatre Aluminous
and Lower Bottom Playaz, and joined together with material by Gritty City Rep,
OVERNIGHT draws inspiration from the dramatic changes occurring in
downtown Oakland.  Each act of OVERNIGHT follows a different set of
characters responding to a single event:
the overnight transformation of a parking lot into a high-rise.

I am the Production Manager of this incredible project, and I hope to see
many of you there at this important piece of theater that addresses the
changing landscape of Oakland.

​
From Dusk to Shotz

SHOTZ! is a theatrical pressure cooker that every month gives six

and one chance to perform all-new short plays by the Bay Area's finest.

Unified by three common criteria, each collection of plays captures a

variety of perspectives around each month’s theme.

I have had the pleasure of writing my second SHOTZ! piece, and would encourage everyone to come out to support Awesome Theater and see a night of exciting new works.  I will also be performing in one of the pieces, so this is a unique opportunity to see me perform and hear something I have written! 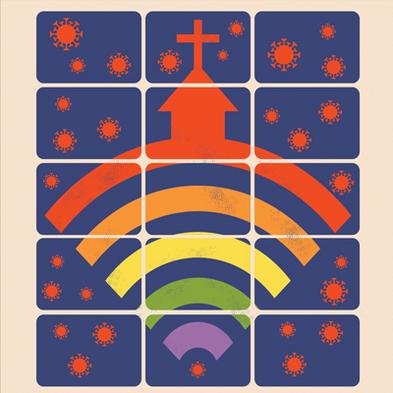